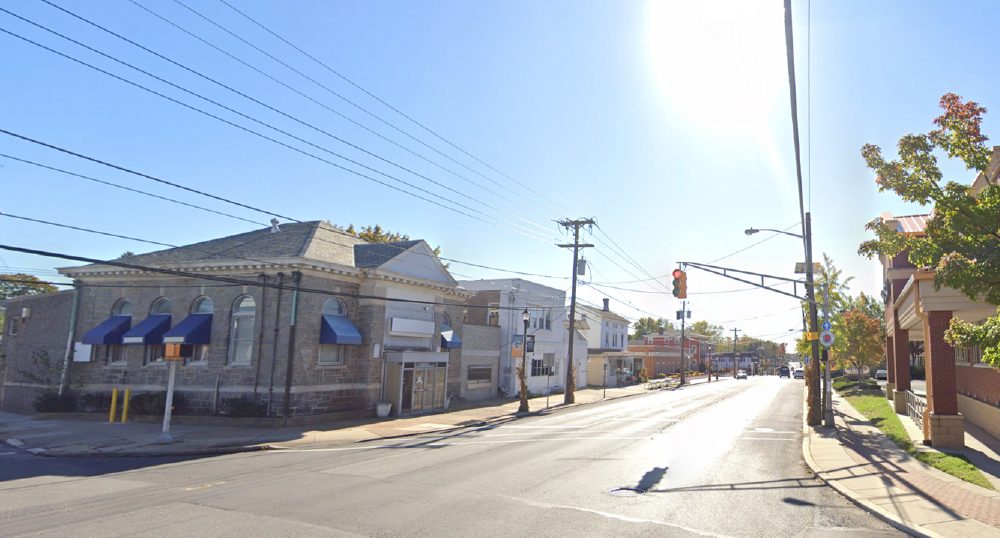 As mentioned earlier, Gloucester Township has received the grant for the NPP (Neighborhood Preservation Program) from the State of NJ. The application that was submitted for the grant was posted on The B.A.R.’s blog. We are now at the implementation stage, and would like to share the plans for spending the money in the Arts District, Blackwood.

Council is set to vote on adopting the NPP Implementation plan and is part of the Feb 28th consent agenda. I personally have a question around the spending in relation to the old Bank on the corner of the Black Horse Pike and Church Street.

There is a lot of info included in the plan. We seem to be planning on spending $650K on the bank building. It is not clear where the money is coming from in this plan. It simply states that the Township will be putting up $175K and there is $450K from an “Other” source. In the following image, you can see the 1st year spending budget.

The bank building is a huge undertaking for any investor, but it appears Glocester Township is taking ownership. This is really good news for the improvement of the area in being sure the project gets done. It is a historic landmark and key property in the Arts district. In discussions I have been a part of, the ideas for future use of this building will be awesome. More details can be seen in the downloadable NPP plan above. They include, being a community center which provide a place for groups like The B.A.R. to hold meetings and use to help build the community. I am really happy to see that the feasibility of that usage appears to be close to a reality.

However, my last understanding was this was not possible. On February 7th, at the B.A.R.’s Community meeting for business owners, it was my understanding from the Mayor’s office that this property was NOT legally available. The property owner had a lease with a tenant that could not be broken. Hopefully something major happened between the 7th and the 15th, the date of this plan. If not, I’m not sure what that means for the entire year 1 plan for the NPP Grant.

Survey Results – Why people do not enjoy the Arts District

One of the things this plan revealed was the survey results of those surveyed about the Arts District and downtown Blackwood. I found the results to be interesting. However, they were somewhat suppressed even though they were technically included. The plan is fairly extensive, totaling 55 pages, yet 3 different surveys were crammed into 1/3 of a single page. Although this following graph provided is only 1 of the 3 results, it fairly represents the overall results from the different people surveyed. Both people living within the boundaries of the district as well as outside residents and other visitors.

Lack of parking was the reason behind almost 50% of those surveyed as a reason they do not enjoy the area. As a result, we are dedicating 0.9% of the overall year 1 dollars proposed to be spent.

Too few stores that interest people and too many vacant stores, both came in about 85%. In response to this, we are dedicating 0.64%. To be fair, much of the money spent in other areas (should) naturally help attract new businesses. Do you think $5K is the right amount of money? How will this money be spent, no matter the amount? Is it just writing a check to the EDC (Economic Development Corporation) ?

We are again allotting only 0.9% to streetscape improvements in year 1. However, somewhere around 74% of people agree this is a contributing factor to their decision to not frequent the district.

The NPP Plan is in the works

It’s a good thing! No one person has the magic answer and it is very easy to criticize. I am not trying to do that. I am simply thinking out loud as I would if I were trying to problem solve. All of the facts are not at my disposal, so I can only speculate and question. The bottom line is, things are happening and it can only get better from here on out.

If you notice, there were about 68% of people agreeing that there are not enough events and activities. This is absolutely something I am helping with fixing. After reaching out to the Mayor’s office a few months back and offering to start up the farmer’s market again, it is happening. It is not exactly as I was envisioning it going down as they want it to be a GT thing, not a B.A.R. thing. More on that later, but that is ok. It is not about who “gets the credit”, its about helping build the community.